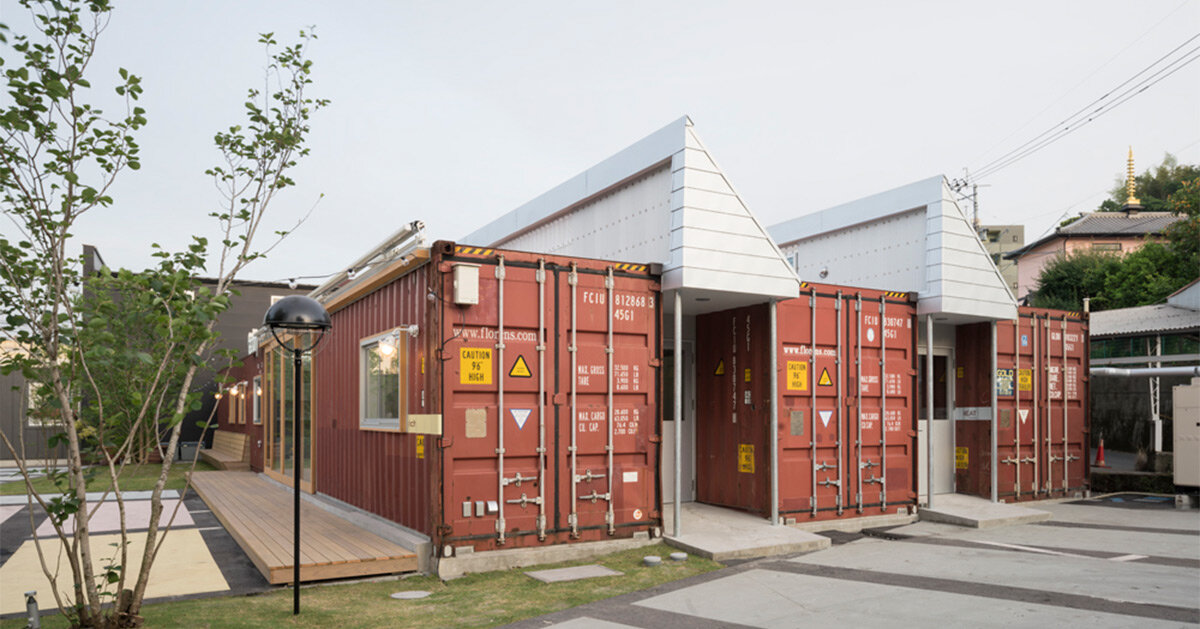 a cheese making manufacturing facility in japan by micelle

hyogo-based structure agency micelle has accomplished the kotobuki cheese & meat manufacturing facility in kagoshima, japan. situated on what was once a demolished automotive park of an previous division retailer, the brand new construction takes form as an association of second-hand transport containers, creating an fascinating contrasting impact with the agricultural environment. the constructing is designed to incorporate purposeful processing services, in addition to a meals schooling middle.

all photos by shimizu ken

the shopper was the one who urged using transport containers for the conclusion of the manufacturing facility. at first, the staff at micelle was stunned at this concept, however after observing the world in depth, they accepted. ‘on this space, there are lots of farms and suburbs the place sea transport containers are used as warehouses, usually with silver facades and light in greenery.’ lead architect tomoki katada shares.‘I used to be someway satisfied that this was a really spectacular ‘japanese countryside’ scene, however containers have been in actual fact an on a regular basis materials.’

the architects used transport containers as modules and manipulated the gaps between them to create a purposeful working area that corresponds to the native context and people’ wants. the modules are organized in a parallel formation, and within the gaps between the modules, a single-flowing shed —just like the sawtooth roof of a manufacturing facility— is erected to offer gentle, warmth, and air flow to the north aspect of the constructing. 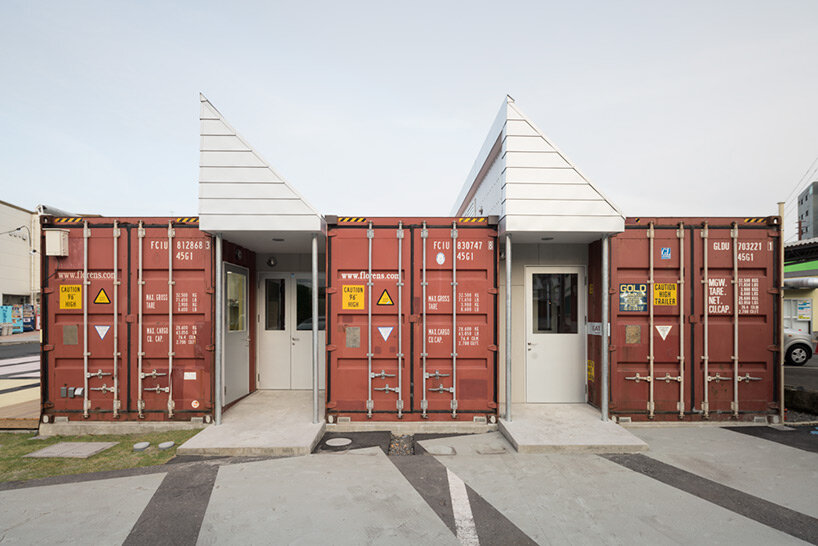 the elevation presents itself as a sequence of figures, container-shed-container-shed-container, with a distinction of figurative-abstract-concrete-abstract-concrete, thus eliminating the vertical subject-object relationship. by making a grouping of symbolic components to stability the containers with out changing into too diagrammatic, the constructing is ready to combine itself into the disparate however unusually built-in japanese cityscape in a contrasting manner.

indoors, the plan is cross-modular and as free as potential. consequently, the modules are fragmented and seem within the inside. the second-hand transport containers are of the identical commonplace, however each has a distinct historical past which is obvious in its exterior look. a variety of traits corresponding to chipped layers of paint, scratches, joints, and stickers, in addition to their varied expressions are integrated into the constructing design. 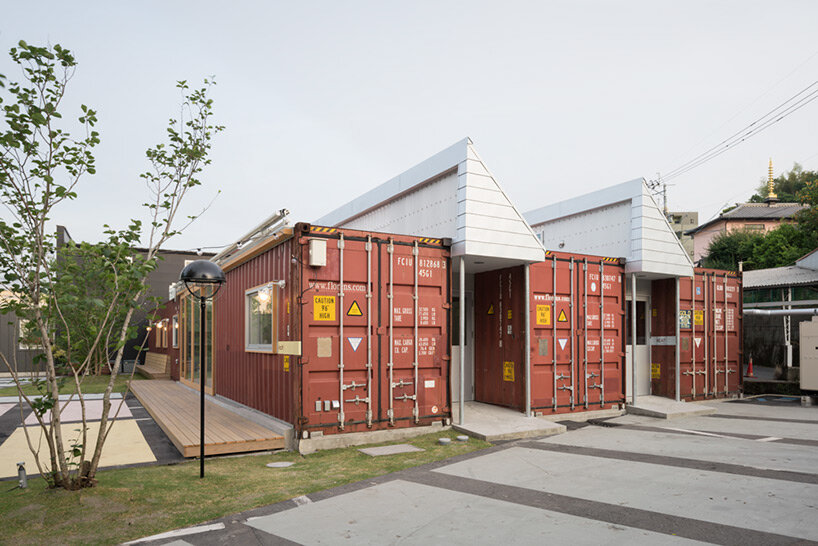 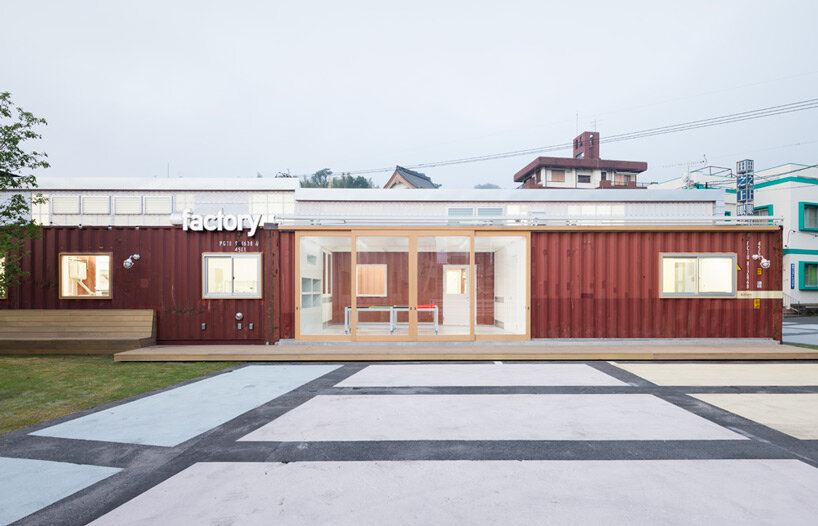 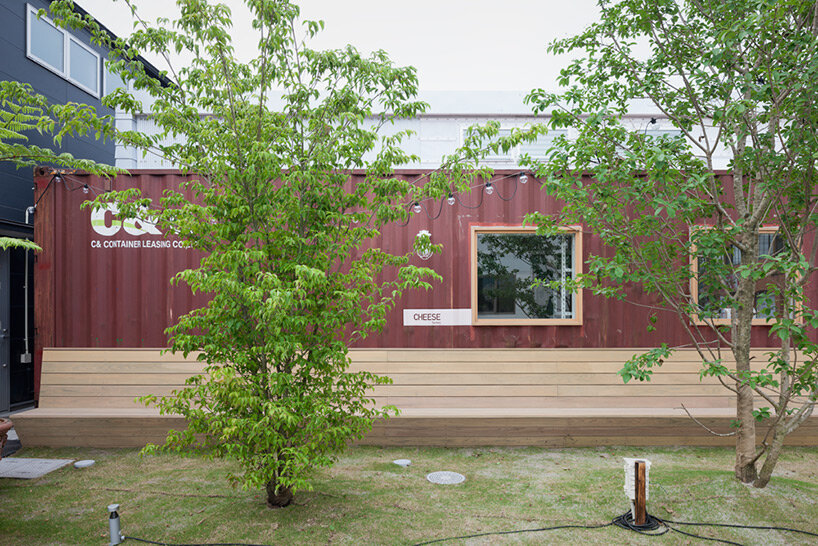 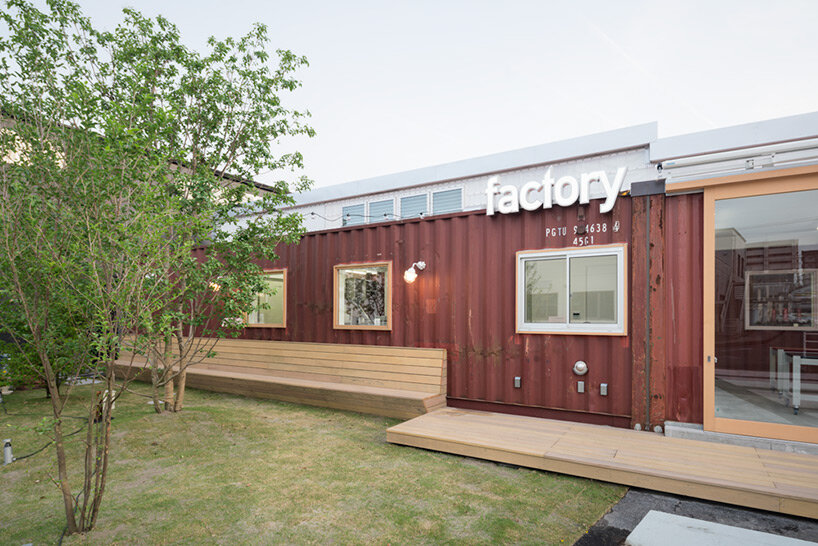 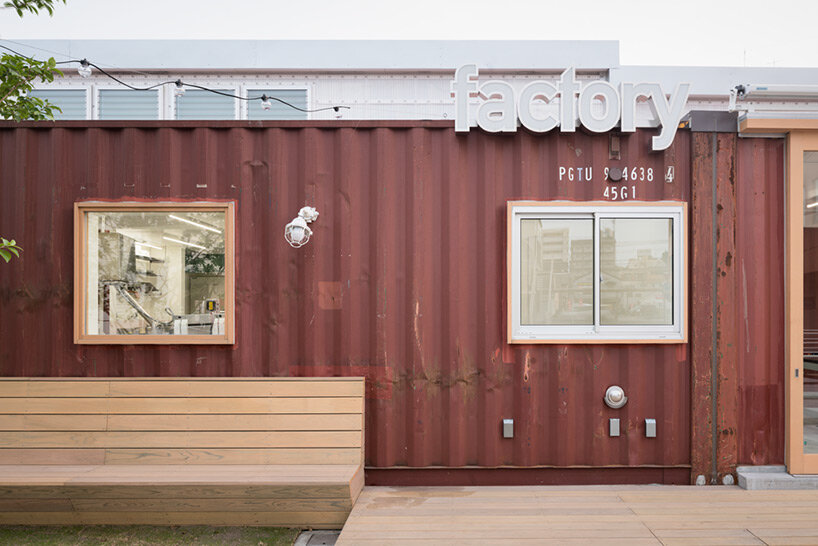 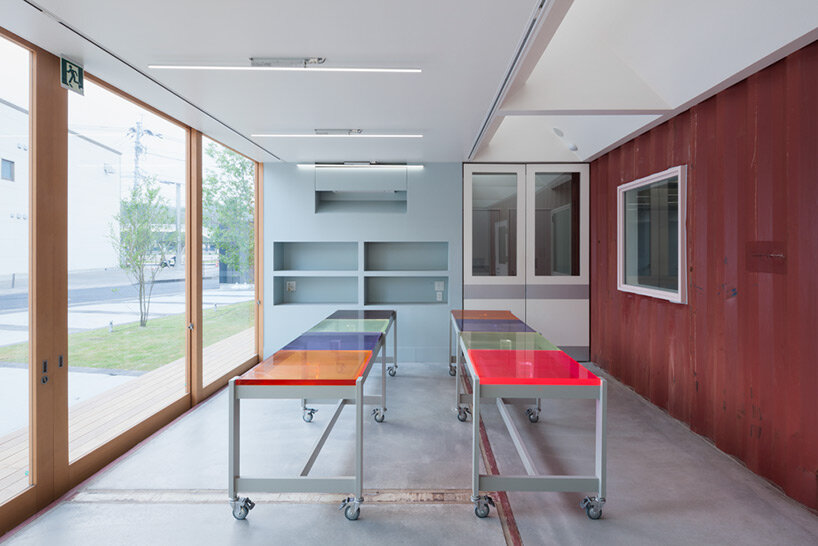